There are so many things you can do to break a weight loss plateau, and I’ve listed only 10 of them here.

Your body releases insulin when you eat, and its role is to put the energy from your food into various compartments for later use. One of these is your fat stores.

Insulin is either floating around your system or it’s not. When it is you’re laying down fat, when it isn’t you’re burning fat.

It takes a few hours to clear insulin from your system, so the best way to have a few hours every day without it (and be burning fat), is to be in a fasted state. This is easy – all you have to do is have your last calories in the evening at a reasonable time, and then don’t have any more until breakfast. Having a clear 14 hours every day really helps with weight loss.

How To Burn Fat

The Best Time to Eat

This ties in with insulin too.

You can eat identical meals at various times of day and get very different insulin responses from it.

Eating in the evening triggers a much bigger insulin response, and therefore a much larger potential for laying down fat.

If you’re struggling to lose weight, and you eat most of your calories at the end of the day, simply moving that to earlier and eating more in the day may well allow your body to lose its excess fat.

Again, this is to do with insulin. 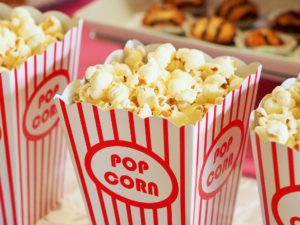 A few decades ago snacking wasn’t a common thing. It used to be 3 meals per day, roughly within a 12 hour window. Obesity was uncommon.

Now we’ve literally been brainwashed by advertising that we need to eat the whole time – to keep our energy up, and make sure our blood sugar doesn’t drop. This is total bollocks! When you consider that each pound of fat has around 3,500 calories packed into it, you realise you have tons of energy on board.

Get Junk Food Out Of Your Line Of Sight

We are naturally programmed to be drawn to sugary, carby, and fatty food. In times past this kind of food was highly prized as it is energy dense, and allowed humans of the time to put on some fat to get them through the lean times. Back then this prized food would have been fruit, tubers, and things like that. 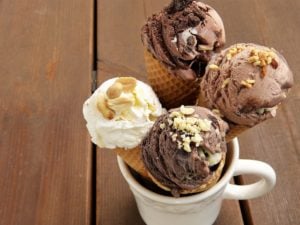 Now we have sugar and fat available 24/7. If you have this stuff at home, you know it’s there, and it will call out to you. If I had it in my house I’d eat it, probably every day! So I don’t have it in.

Some people with kids argue against having a junk food free house, saying their kids will be deprived without it. In reality you’re potentially depriving your kids of their best health by fostering potential addiction to junk food if you’re making it available every day.

How about junk food free week days and having this ‘food’ only at the weekend as a special indulgent treat?

Unless you’ve been eating or drinking overnight you’ll wake up in a fasted state. Your insulin is very low and you’re burning your fat. It’s a great weight loss strategy to do some light exercise at this time, before you eat:

Mind-Set – Believing You Can Do It!

The mind/body connect is very powerful, and this well known by drug companies. Any new drug is tested by its performance against a placebo sugar pill. If a drug can’t beat the placebo effect then it’s useless. 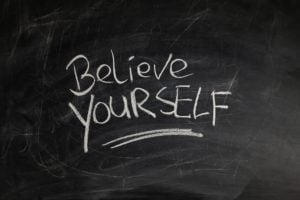 The placebo effect comes from an individual’s belief that whatever it is they’re taking or doing is going to work, so it does!

A really interesting small study looked at a group of women who were cleaners in a hotel. They we asked whether they did any exercise, and the general consensus from them was “no”. Their weight and other health stats were measured.

Half of the group were followed up some time later having had no other input than that. Their weight stayed the same.

The other half however had it pointed out to them that they did loads of exercise – all day in fact while they were at work cleaning. They were congratulated on how fit and healthy they were. When this group was followed up they had lost weight. This had largely come from their new belief that they were fit and healthy.

Many people carry around the limiting belief of “I can’t lose weight”. If you’re doing that, your mind will deliver it to your body. Working on your mind-set is where you need to start if this is you, otherwise there’s a tendency for all efforts to lose weight to fail otherwise.

We have generally become a bunch of softies. We sit in our centrally heated houses, and when we venture into the cold outdoors we’re well wrapped up to protect ourselves against the elements. 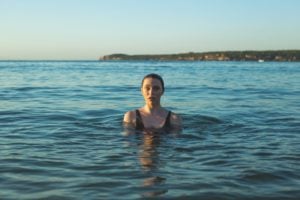 But think for a second. You live in a human body, and human bodies are equipped to deal with and survive through an ice age (without central heating). Makes you wonder doesn’t it?

We have a built in mechanism to generate loads of heat, but in most of us it lies dormant because we live such cossetted lives. Brown fat burns storage fat to create heat, but it only does this if you wake it up with cold exposure, and continue to expose yourself regularly to the cold.

Make Sure You’re Getting Enough Sleep 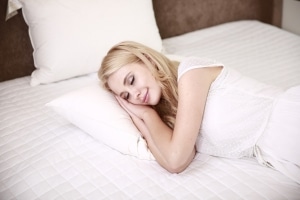 Most adults need 7½ hours sleep each night to remain healthy. About 1% of the population can remain healthy on 6 hours. This has been proven by sleep scientists over many years of research.

If you’re routinely not getting the sleep you need the hormones regulating your weight and appetite get disrupted. Here’s how.

What changes to do need to make to give yourself 8 hours in bed every night?

Tackle Stress – It Makes You Fat

We’re not designed to thrive well under ongoing stress.

Chronic stress stimulates the release of too much cortisol, and this results in more and more belly fat. Learn more.

Stress on your body comes in a lot of guises, not just the emotional and psychological sort. Other stressors include:

Depending on your age this will be relevant. 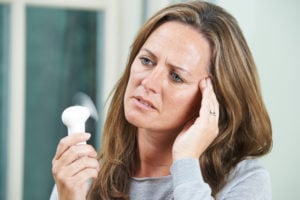 It’s fairly common knowledge that menopause can cause weight gain in women. If you’ve hit this time in life and are struggling to break a weight loss plateau, it could be your hormones. Read more here.

While menopause is pretty obvious in women, testosterone decline in men isn’t quite as sudden or dramatic. However, it starts happening to men in their 40s and gets worse as they get older. If your testosterone levels are low, one symptom is an expanding waist line, along with possible moobs and loss of muscle mass.

If you suspect this could be your problem, perhaps see a doctor who has an interest in hormonal health.

Which out of the above 10 strategies resonates with you the most?

Look into that one more and give it a go over the next month. When that becomes a habit – pick another one.

As you layer these one on top of another you will allow your body to balance itself, burn fat like it’s supposed to, and highly likely – leave dieting behind.

Please ask any questions or leave any comments below.

The Daily Checklist for Loosing Weight

Download, print out, and keep this checklist with you every day.

Do these 3 things daily to start losing weight the right way, as prescribed by a medical doctor.