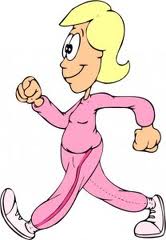 If you’re exercising and not losing weight, chances are you’re doing the wrong sort of exercise for effective weight loss.

Some years ago researchers in Canada took two groups of people and gave them two different exercise programs to follow.

The first group had the conventional “fat burning” type of exercise and they had to cycle for 45 minutes, uninterrupted. The second group had to do short bursts of cycling for 15-90 seconds, with rests in between.

The group that did the straight 45 minute cycle burned more calories than the group doing the interval-style exercise. In fact they burned twice as many calories. No surprise there.

You would think therefore, that the first group would have burned more fat – not so! In fact, the group doing the short bursts of exercise burned 9 times more fat for each calorie burned compared to the long cycle group.

How can this be right?

In direct contrast, the 45 minute cycling moved your body into the ‘fat burning zone’ while you were doing it But when you do this repeatedly it teaches your body it needs fat available for the next round of prolonged exercise. So you end up just replacing what you’ve used.

If you’re not keen on exercise and are only doing it to be healthier and to lose weight – do yourself and favour and learn how to do so it works for you, rather than against you.

I spend a whole session of the Uber Slim 2014 online weight loss course on how to exercise to lose weight.

I like things to be as quick and as easy as possible but still get great results.

Unless you like it – life is too short to spend loads of time exercising!

6 thoughts on “Exercising But Not Losing Weight?”