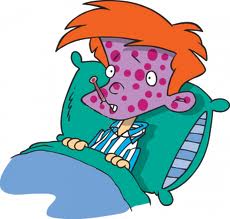 Years ago a rather mean experiment was done on a few people which helps demonstrate how important this is.

A young man, Jack, goes to work and as soon as he gets there a colleague says “Are you ok? You don’t look well”. Tom says that he’s fine. A couple of hours later somebody else asks “Tom, you look like you’re coming down with something”. He again says he’s ok. At lunch time yet another person says “You look dreadful, you must have the bug that’s going around the office”.

Tom ended up going home early, because he was feeling so ill.

When he was interviewed later it was found that when he got to work he was feeling fine. The first comment he shrugged off, although he did question himself – was he really ok? With subsequent comments from other colleagues he realised he must be ill, and he was certainly beginning to feel bad.

This was actually done on quite a few people – most of whom felt far worse by the end of the day and reported to be feeling quite ill. However, not all people succumbed. Those who trusted how they were feeling shrugged everything off to the contrary.  They didn’t dwell on what was said to them.

What Does This Mean?

Did these people start feeling ill because of what was said to them?

Or was it how they reacted inside their own heads to what was being said to them – yes indeed it was.

This demonstrates just how important what you think about your own health is. This experiment shows it’s more than possible to think yourself ill. Turn that around and you realise that to get healthier than you are now you have to change how you think about your health.

If you currently have a health problem, and think about that a lot – say every day. Then you’re focused on that illness. Focusing on something reinforces it, which is going to make it difficult for you to move forward and feel better.

Next week I’ll expand on this, but if you’ve got any comments so far I’d love to for you to jot them down at the bottom of this post. Also, if you’ve enjoyed this please share it.

Have an Uber Healthy week

PS Make sure you’re signed up to the newsletter to have a chance of winning a free place on my online weight loss program. Much of the course is focused on mindset which is why it helps with a great deal more problems than just excess weight.

1 thought on “Health Starts in Your Mind”