Menopause and fatigue – something I used to know so well..

Fatigue is one of the most common symptoms of menopause. It’s the one that really got me so I’ve looked into this in quite some depth! There are lots of reasons a woman can totally lose her energy, and knowing why it’s happening puts you in a position to do something about it.

This is by no means an exhaustive menopause and fatigue list, but here come to big players.

Trying To Carry On As Normal

Menopause is a time of massive upheaval that can wreak total havoc to a woman’s body and mind.

A lot of women I know and meet through my work as a GP have really busy lives. They try to keep all this going despite experiencing something that is akin to illness in the way it can take its toll on your body.

If you’re suffering badly with fatigue – take a step back from whatever you can to conserve the energy you have. Sometimes it’s necessary to step back, before you can start going forward again.

Energy Production Itself Takes A Hit

Tiny structures in your cells called mitochondria, generate energy from the food you eat. But as well as food they need a whole host of other things to work well and efficiently. 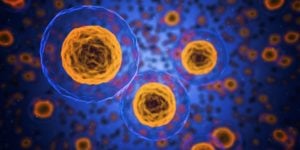 Women who chose to replace their hormones do tend to feel a lift in their energy. But there are many other things you can do too.

Menopause and fatigue is a big focus of the menopause workshops.

Energy is produced by your mitochondria, and they are hybrids – they can use both glucose (sugar) and fat. They like to use both, but work more efficiently with fat.

Many people hardly ever allow their body to be in a fat burning state, because they’re eating carbs too often, which puts a more-or-less constant stream of insulin into their system. If you’re carrying excess body fat you’re likely to be doing this.

You can really help your energy levels by cutting back on carbs and eating much more good fat. Learn how to fat burn.

Menopause and fatigue can happen independently of sleep issues, but they’re often linked.

There are many things you can do to improve your sleep hygiene, and I will be writing much more on this soon. However, if you’re experiencing significant sleep problems now for the first time there’s one sure way of helping it, and that’s HRT.

Do you wake up a few hours after going to sleep with that odd feeling of being knackered and wired at the same time? That’s probably cortisol. 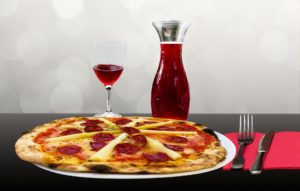 Cortisol is a stress hormone released by your adrenal glands. One trigger for it being released is a crash in blood sugar, which can happen in the early hours for two really common reasons.

If this is happening to you – take a look at what you’re eating in the evening. Make sure you’re eating slow release carbs and plenty of healthy fat. Go easy on the booze.

Thyroid issues become more common in middle-age women. If your thyroid function is low you’re going to feel knackered. It’s an easy blood test to get this checked.

If you’re overweight – have you been checked for type 2 diabetes? This is another cause of fatigue that can remain hidden for ages, but it’s an easy blood test to check this too.

Fatigue can be crippling and depressing, but there is much you can do to get your energy back. I will be writing much more so stay tuned, and there is the option of booking in to talk with me (see below).

I really think that while you’re putting yourself back together it’s important to recognise you’re going through a hard time, and let the people around you know that. Strip back to what needs doing and let other people help too.

Menopausal women have lost all wiggle room for poor diet and lifestyle choices. Now is the time to look at this if you want great energy again. The other great bonus to doing this is that you’ll be setting yourself up for a much healthier time later too.

If you haven’t considered HRT yet – look into it. It may not be the magic bullet but it can help a lot.

One to one menopause help