I would invite anyone who fancies having fun and enjoying life into a ripe old age to become aware of the effects of junk food before it’s too late!

This picture is Mimi Kirk at age 75. She’s kind of famous in a in certain healthy circles, but I think she should just be famous because she’s a fantastic role model for aging, especially for women. 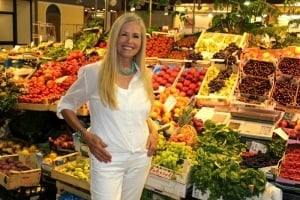 I find it amazing that some people say they don’t want to live ‘too long’. But then I remember, they’re assuming their body is going to fall apart, and they’re going to become decrepit and ill.

But what if it is possible to live until you are ‘really old’ and still be out dancing and having fun?

One of my friends says she’s going to live until she’s 140! I hope she’s not joking because she’s cracking on a bit now at 68 and it will be lovely to have her around for a very long time to come.

I was chatting to Anne Marie who is one of my super healthy yoga teachers, and she said something so very true. 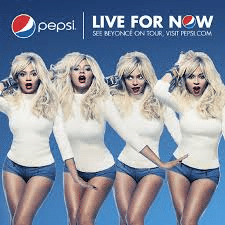 I would add to that that it’s also not so cool to eat in a way to nurture your body and look after it, like Mimi Kirk does.

Mimi Kirk chooses not to eat the typical Western diet because she knows the effects of junk food, and as a result looks absolutely fabulous at 75 years old. I’d like to bet money that Beyoncé doesn’t drink much Pepsi, she looks far too good.

Being ‘cool’ and doing what most other people do by eating the typical Western diet puts you in the fast lane to get all the stuff I deal with on an everyday basis in my GP work – lots of unwanted fat on your body, type 2 diabetes, heart attacks, strokes, dementia, and cancer, to list the biggest ones.

Really not cool at all.

Smoking Used To Be Cool 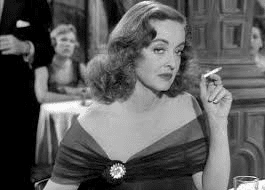 Even after it became the accepted truth that smoking kills it still took decades for smoking to become uncool for most age groups. During those decades people were taking up the ‘cool’ habit of smoking and many of them died early of cancer and heart attacks.

That’s a heavy price to fit in with the crowd and be cool.

Diets heavy in processed and refined food, and dominated by meat and dairy cause the body to degenerate – causing the disease and illness common in the Western world. The stuff we have almost been conditioned to expect!

I wonder whether we are going through a comparable time about food as we did with smoking – it’s widely known it’s killing people, but it’s still acceptable and pretty cool, and most people are doing it.

Those that aren’t doing it are health freaks to take the piss out of quite frankly, bunch of weirdos.

The Sheep In Wolf’s Clothing

There are loads of ‘food’ products on the shelves that are marketed to us as healthy to eat:

All of this sounds pretty normal doesn’t it? You thought I meant stuff like KFC and McDonalds. Obviously all that stuff is awful, but what I really mean is the ‘food’ that’s on the regular shopping list, that you may think is ok. 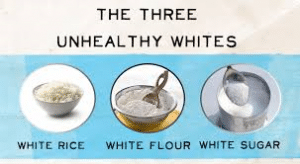 Today’s highly refined and processed diet is today’s sheep in wolf’s clothing – it is making people desperately ill and killing them off, without them truly realising, just like smoking used to, before we all knew the score.

Not Cool At All

I have never been cool, and I am not cool now, I don’t plan to be cool.

I eat real food, I don’t much like refined and processed food anymore, I would go hungry rather than eat proper junk food. I nurture my body, and I get up feeling fantastic most mornings. (I do like the odd glass of fizz though)

This has all taken time, it didn’t happen overnight. It’s been (and still is) and fascinating and fun journey. The changes happened gradually in my head first, and then my behaviours changed, and then my body followed. This could never have happened on a diet.

Would you like to get up feeling great every morning?

It’s Down To You!

If I had been born two or three decades earlier, I wonder whether social pressure would have had its effect and I would be a smoker.

At that time it was becoming obvious that it was dangerous, and if you took your head out of the sand and really listened to what was coming out about it you would know there was no smoke without fire.

But nobody would be really telling me to stop, the government wasn’t telling me, the doctor was smoking more than me – so it can’t be that bad! So I will carry on, because everyone else is doing it and handing me fags the whole time. 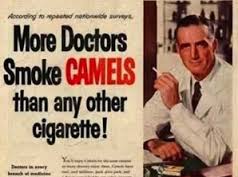 The same is happening now and the effects of junk food are reaching such enormous heights that’s today’s young people may be outlived by their parents!

The political will is not there to sort this out for you, the multinational food companies are too powerful. The medical profession gets little training in nutrition, and a lot of health professionals are having their own battles with health and weight issues.

This one’s down to you!

I can help if you think you’re worth it.

Get in contact with any questions you’ve got about Uber Slim.

Have a brilliant week.