I invite a 46 year old woman into my consulting room and after she’s said hello she opens with “Why do I feel tired all the time?”

This is easily one of the top 10 reasons people go to see their doctor.

Why Do I Feel Tired All The Time?

This lady looked pretty fit and well, but she also looked like a good sleep wouldn’t go a miss.

She seemed to be doing everything right. She was sleeping well, she considered her diet to be healthy and well-balanced, she was exercising regularly, she took time out to do her own things, and had some really fun and exciting things going on in her life.

On the face of it there was nothing obvious. A few blood tests didn’t shed any light either.

This ongoing lethargy was really taking the shine off her life. 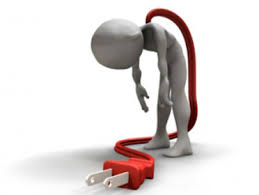 A few months ago she remembered feeling great, but it was short lived. This happened 24 hours into a 2 day fast (she was doing this on a health retreat), and continued for a couple of days. This is a massive clue to the cause of this woman’s tiredness.

I suspected a food intolerance to be at the root of this woman’s problem – why do I feel tired all the time?

This is a common, but often overlooked reason for people to suffer with constant tiredness.

I explained how to keep a food and energy diary.

On reviewing this diary a month later it became apparent that her energy levels fluctuated, although they were never great. It also became pretty obvious that there was a strong link to something she was eating regularly.

It only took a few days of totally removing the offending food for her energy levels to massively improve. Moving forward she’s got the choice to continue to exclude this from her diet. Because if you’re intolerant to a particular food there’s not much you can do to ‘cure’ that.

Checking for food intolerance isn’t a straight forward and easy thing for your doctor to do. It often comes down to you doing you own investigative work.

People can be intolerant to just about anything. Really common ones are wheat and diary, but it could be anything.

If you find yourself saying “why do I feel tired all the time?”, and it’s been going on for ages, consider what you’re eating. It’s something I talk about in Uber Energy, because it’s often overlooked.

In fact since I’ve launched this program I’ve had no end of people emailing me to say they’ve identified problems that have been sitting right on their dinner plate for years!

Have an energetic week!

PS I used to ask “why do I feel tired all the time?”. But that’s a thing of the past, and partly because I stopped eating certain things that were robbing me of my energy.

The Daily Checklist for Loosing Weight

Download, print out, and keep this checklist with you every day.

Do these 3 things daily to start losing weight the right way, as prescribed by a medical doctor.