What is natural hormone replacement?

As soon as I heard this term I started investigating, and really building my knowledge about menopause and its treatment.

The long-term consequences of hormone decline and lack for a women include osteoporosis, frailty, heart disease, and Alzheimer’s Disease.

What Is Natural Hormone Replacement?

Natural HRT is usually referred to as bio-identical HRT (or body identical).

Bio-identical hormones have exactly the same chemical structure as the hormones produced in your body. They are 100% identical to your own hormones.

In the 1940s the chemist Russel Marker discovered an easy and inexpensive way to turn a steroid hormone found naturally in a Mexican yam into molecularly identical progesterone. From there to other hormones such as oestrogen and testosterone were an easy additional step. 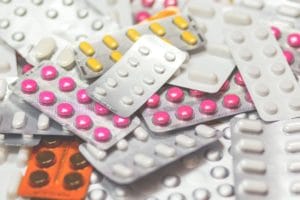 Back then his discovery didn’t take off, big pharma wasn’t interested. There was lots of money to be made in chemically altered ‘hormones’. These ‘hormones are in some conventional HRT preparations. But not all of them.

Many of the commonly prescribed big pharma HRT preparations do contain bio-identical hormones:

In recent decades there has been renewed interest in bio-identical hormones. This is particularly in light of the results of the large study – Women’s Health Initiative – which started in 1993. This exposed some big health issues relating to how HRT was causing serious illness in a significant proportion of women using it. Most notably stroke, heart attacks, and breast cancer.

At the time the most common form of HRT was made out of a combination of horse oestrogen (not natural for a women), and unnatural ‘progesterone’, i.e. not really progesterone.

As a result HRT use fell dramatically, and there remains a lot of fear about it.

A lot of the preparations you can get from your GP these days are bio-identical, but not all by any means.

As I researched more about bio-identical HRT I found that doctors specialising in HRT outside the NHS were doing things quite differently.

Differences In The Full Bio-Identical Approach

All hormones used are bio-identical, but the whole approach is quite different to what you get in the conventional setting.

Some of these differences include:

I’ve realised recently just how specialised good menopause treatment is. It’s probably not the domain of most GPs, unless they’ve had specialised training and education.

You’re not going to get the full bio-identical approach on the NHS, in fact some doctors say it’s dangerous because it’s not licensed. But you can get preparations with bio-identical hormones if you know to ask for it.

From what I’ve gathered so far the US is ahead of us here in the UK when it comes to bio-identical HRT. Women seem more aware. Dr Jonathan Wright spear-headed their use after being challenged by one of his patients. She asked him to come up with something better than the treatment on offer at the time – Premarin (which is horse oestrogen – not exactly natural for a human female).

Here’s video where a doctor specialising in natural hormone treatment is interviewed by Suzanne Somers. As you’ll hear – there’s a lot to consider. The breast cancer issue is talked about.

When I was researching this, and looking for a doctor in the UK with knowledge of bio-identical HRT, it seemed that most of them were in London, and the South.

The Marion Gluck Clinic seems to be one of the better known places as far as I can tell, at the time of writing.

If you know of reputable doctors and organisations I’m happy for you to put them into the comments box below.

PS What is natural hormone replacement? I believe it’s an option we women should at least be aware of!

4 thoughts on “What Is Natural Hormone Replacement?”